Showing posts from August, 2016
Show all

Naini Mata, The Goddess of Nainital 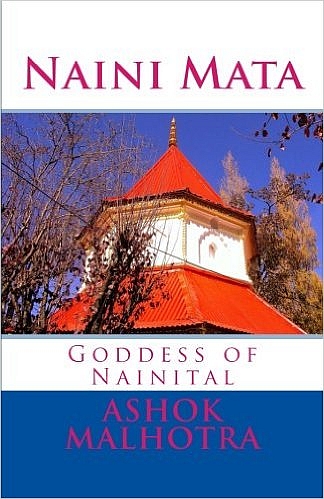 The Mother Goddess is viewed as Naini Mata byresidents of Nainital, all though, others from afar also see her as Nanda Devi, Kali Mata, Durga Devi or Naina Devi and many other forms in which those who love the Universal Mother Goddess have viewed her. Long before Nainital came up, the temple of the goddess stood on the shores of Naini Lake. The present one is a reconstruction after the original one was submerged in the lake due to a landslide more than hundred years ago. You will find much information on Nainital and the spirituality surrounding it in the various posts of this blog. It is is the jewel of Central Himalayas. You can also learn more about the Mother Goddess in this little book, perhaps the only one in English language. It is available widely at most major online retailers around the world including:
https://www.amazon.com/Naini-Mata-Nainital-Ashok-Malhotra/dp/1461159229/
Post a Comment
Read more
More posts